In 2012 we launched a tremendously successful web portal, ForwarderFastFinder.com. This portal is currently the largest directory of forwarding companies, with over 500,000 different pages.

In December 2017, through the association of two new groups,(www.cargogroup.network and www.freightforwarders.group) we saw the rise of the greatest project ever. February/March 2018 is the expected opening date of the network.

CLIENTS ARE EVERYWHERE - MODERNITY AND EVOLUTION

Our main goal is that new national and international companies can contact the highlighted freight members of our global network. This will be achieved using some strategies full of innovation and never seen before.

January 2012 was the starting point of this great project, with the creation of Forwarder Fast Finder.

At the time, it became the largest transport agents web portal, with over 50.000 pages in six different languages. At the present moment, with the changes produced in order to give it a more global notoriety, it has over 500.000 unique urls, and soon it will become the largest web portal in all of the world wide web.

Luis Magalhaes was the name behind this idea. A successful Portuguese entrepreneur, who started his technological company at the age of 18, and has since dedicated the last 15 years to the launch of large web portals, mainly at an international level, with multi-language websites. Highly educated in web marketing tools, and in charge of projects with great success to a global scale, which have gathered millions of monthly visits to the most diverse websites.

This website was maintained under the support of people connected to AICEP PORTUGAL GLOBAL, a Portuguese Estate Agency which overlooks billions of euro transactions on imports and exports in Portugal. This agency, through their direct contacts with almost all of the international official entities of each country, would be providing the necessary logistic support and financial backing towards the formation of a large world network, providing the necessary credibility to the project. Their benefit would come mostly from the country projection all over the globe, through the greatness of the portal. However due to the lack of understanding between both parties on who should be handling and maintaining the network, this deal was dropped.

For almost six years, the portal was kept on the internet without any type of maintenance, and even though no attention was given to it, the portal reached thousands of monthly visits. This portal mentioned only one agent per country highlighted, with the visitors reaching the website essentially from the search engine Google. Today, several world transport agents, may have already visited this website at least once.

Back in November 2016, it all took a turn in the right direction. Attending the most important technological event in the world, Web Summit, which took place in Lisbon, this was the first time that the core of this project met. Four businessmen from different backgrounds and work areas (publicity and marketing, web programming, international transport and also international business) exchanged ideas. Three Portuguese and a Chinese entrepreneur, are a multitask team and noticed that this project could reach enormous proportions and create a very strong network. With all of their experience and assets, they would be able to do this without the need of a state sponsored partnership, provided the cargo agents invited become members of the network immediately.

Joining Luis Magalhaes, Filipe Ribeiro, with 20 years of experience in international transport, has his own forwarding company in Portugal and a billing company in Holland, also provides consultancy services to some renowned international companies. Representing his own company and also other transport companies, has already attended over 30 conferences/meetings of world transport networks.

Antonio Mesquita, spent most of his career working as a freelancer for several companies in England and Portugal as a web programmer, and is possibly one of the world’s best web programmers. His ability is almost unlimited, making these ambitious projects a new challenge to be overcome. He is currently leading a team of Web Developers & Programmers and is also taking part of an important European group of support to investigation of cyber crime and also support to European Football clubs. He has already worked with Luis Magalhaes in the past, in other web projects.

Qi Chen, a Chinese entrepreneur who has several different international businesses all over the world, which are not directly involved to the transport area. He deals with commodities and services of other kind, covering several countries, and never lets go of a good chance to increase his business and take the most from every possible deal. He currently has is headquarters based in Macau (PRC) and offices in China and Hong Kong (PRC).

Together, they decided to create, by the end of 2017, the strongest world transport network, with an innovation level never seen before. It was very close to the deadline, but the goal was finally accomplished in November. However, it was decided that the official launch of the greatest world transport network ever formed, would be done in December 2017 and the official members list in March/April 2018. The goal is to have a brilliant future, based on the satisfaction and success achieved by all group members.

The initial project considered only two websites/groups, one of them was exclusively to freight forwarding agents, and the other one would be opened to all kind of cargo agents. After careful thought, we decided the best option for the network would be having three different groups and three websites, Forwarder Fast Finder (www.forwarderfastfinder.com) for the FFF Group, for the Cargo Group Network (www.cargogroup.network) and to the Freight Forwarders Group (www.freightforwarders.group). The world agents invited by email to join this network had access to privileged and detailed information to confirm the greatness of this project and to be able to conquer in the future a pioneering agent status, with several advantages.

We must inform that, even though all of the responsible entrepreneurs mentioned have their own companies, a new company has been created to handle this project. The new company was created under the official denomination “Exclusive Distance Lda.” With two offices in Portugal and different commercial activity codes that will adapt to all services required by the network (publicity agency, marketing and design, events organisation and also transport organisation), this project will also be taking advantage of this strong corporate union, and a company based in Holland will also be part of the project in the future.

Sometimes images speak for themselves 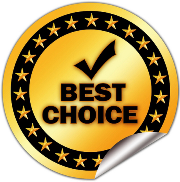 - - OUR MISSION - - We prepare the future with a sense of constant evolution. The starting point for the success of this network is the total satisfaction of each and every member, that is our mission.
Countries | Places | Between Places | Between Countries
PT | EN | ES | FR | DE | IT
We use cookies to get information about visitors - Privacy